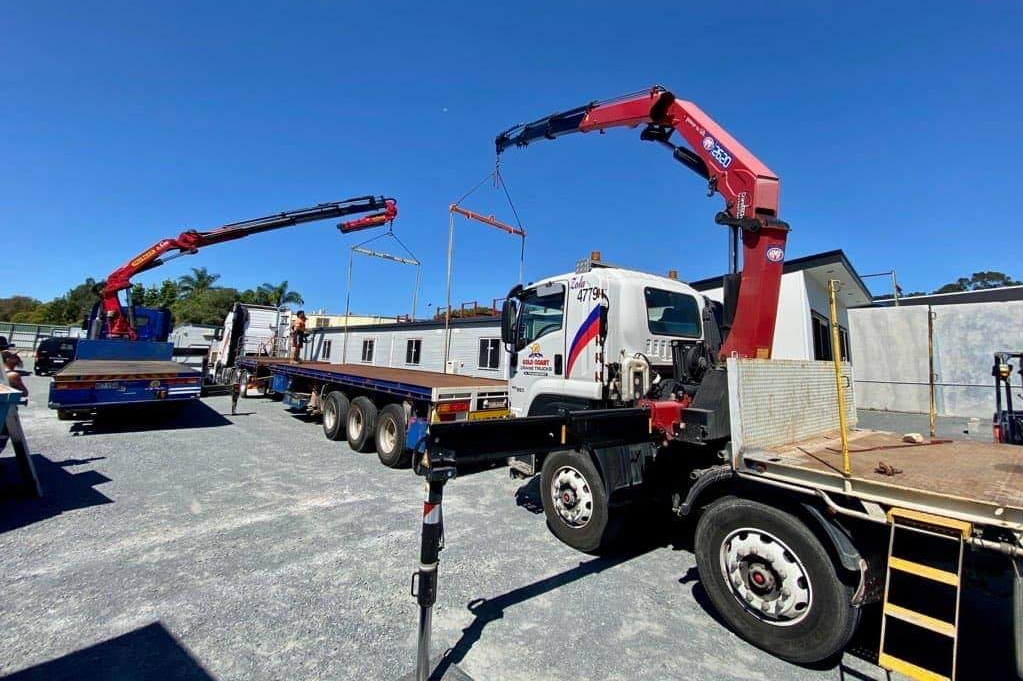 Cranes play a huge part in the development of your project since virtually all construction projects need the lifting, transporting, or transportation of big goods. Selecting which crane is best for your needs may be a daunting challenge given the vast array of alternatives available.  Cranes come in a wide range of sizes and shapes, each with its function or application. Tower cranes, for example, are either connected to the ground in huge concrete footings or employ weighted City bases when a concrete foundation is not required. The three varieties of trance trucks for crane trucks used in commercial construction are listed below.

Crawlers, as opposed to mobile carry deck cranes, are track vehicles. These are created without wheels and instead, have an undercarriage with a pair of rubber tracks. Even though the crawler’s turning skills are restricted, the tracks allow it to be operated on soft ground and in regions with little improvement without collapsing. Many crawler cranes are equipped with a telescoping arm that allows them to adjust their size, allowing them to work in a variety of terrains. Crawlers, unlike carrying decks, are best suited to long-term projects because of their bulkiness, specialised setup, and the requirement to be transferred from one location to another.

Carrying deck cranes are a newer type of crane that developed from the earlier pick and carry form released in the early 1990s. They’re compact, four-wheeled, and more portable than conventional cranes since they can spin 360 degrees. Carrying deck cranes are simple to erect, and their compact size lets them maneuver readily in both limited and wide locations, making them a common sight on construction sites.

These cranes are utilised for off-road and difficult terrain pick-and-carry operations, as the name indicates. The rough terrain crane is constructed in the same manner as a crawler crane, and rather than rails, the undercarriage is provided with four huge rubber tyres that are often equipped with four-wheel drive. Rocky terrain cranes also include telescoping booms and outriggers to increase stability and movement in confined and rough situations.

The essential variables to consider when hiring a crane truck for your business project are as follows.

Cranes come in a variety of shapes, sizes, capacities, and features. Analyzing what your project requires from a crane can assist you in selecting equipment that can best fulfil your project’s demands and will immediately restrict your selections.

The subject of how the equipment will be delivered may be disregarded at first, but it is an important factor to address. Cranes are broadly classed as Mobile, Rough Terrain/Crawler, or Tower, each having a unique mode of transportation. In the transfer of cranes and heavy equipment, city and state permits are all important considerations.

The state and topography of the building site can have an impact on the crane you choose. Consideration of your location’s environment, geographical restrictions, and soil condition can give you vital information about which gear will help you fulfil your objectives efficiently.

On The Move Transport has been in the market for a long time and will be able to help you discover the correct crane for your needs.