Hiab trucks are a type of crane truck that has a modified chassis, and the crane is mounted on it. They are commonly used in the haulage industry for the transportation of construction materials and loading and unloading of freight. 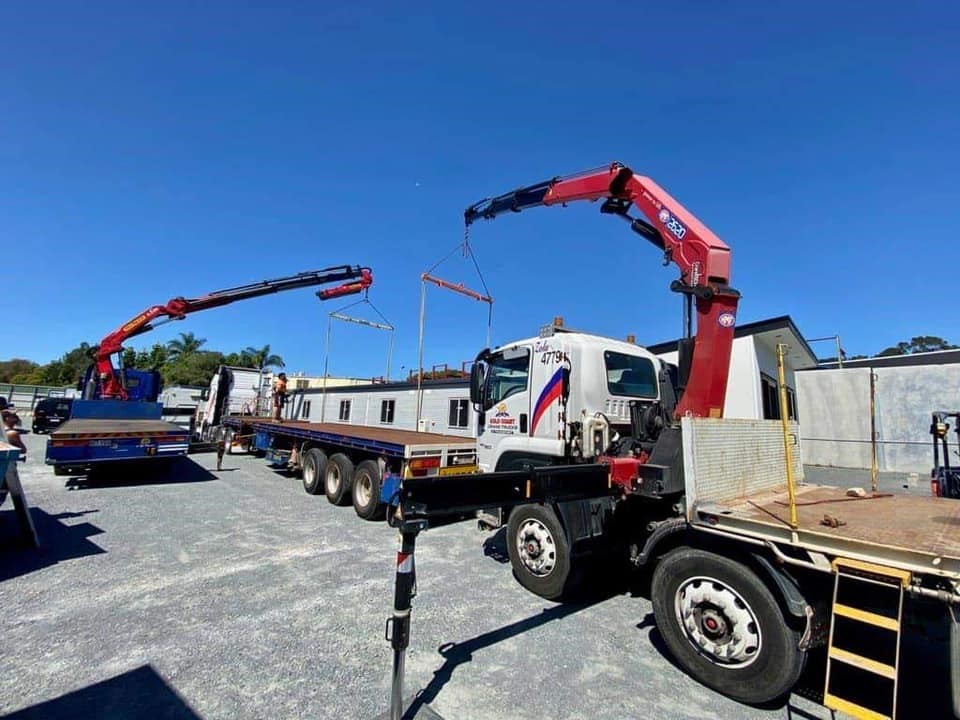 Why is the misconception between Crane Trucks and Hiab Trucks?

It is a common misconception that has stayed in existence for quite a long time, the blame for which could be easily laid out at the feet of HIAB, a commonly used abbreviation of Hydrauliska Industri AB, a Swedish crane manufacturer which is quite dominant in this industry as has enjoyed the same status as ‘Hoover’ in the vacuum industry. HIAB was launched in the ‘40s when the majority of the loading was done by manual labour, so the arrival of a crane truck that not only transports the material but can also load and unload the material efficiently revolutionised the market. It is the main reason people often confuse crane trucks and Hiab trucks as two different entities when they are one and the same.

Rigid Hiab is a crane tuck where the truck, lorry mounted crane and the trailer are all in one rigid structure; that’s why the name. Rigid Hiab is more adept than several of their counterparts and can easily fit into tighter spaces where the alternative is generally pulling a separate trailer. Rear Hiab vehicles usually have a crane either at the front or at the back of the vehicle; a reason why they are sometimes referred to as Front or Rear mounted Hiab.

In Artic Hiab, the truck has a lorry mounted crane behind the cab. These Artic Hiab are incredibly versatile and move around with just the unit, or they can pull a variety of trailers; they are also capable of tandem lift.

Hiab Truck designs have improved significantly in recent years, and they are now capable of travelling more distance, and their load carrying capacity has also improved considerably. And if one is looking to hire Hiab Trucks in Brisbane and Gold Coast, then they could not find a better companion for their transportation needs than On The Move Transport.

On the Move Transport has a comprehensive fleet of Hiab Trucks/ Crane Trucks for hire in Gold Coast and Brisbane to support your business. The crane lifting capacity is up to 10 tonnes with an extension from 1 to 30 metres depending on the requirement.

Hiab Trucks at On The Move Transport and their lifting equipments are certified, and their drivers are highly experienced in the haulage industry.

Now, you know the basic difference between Hiab trucks and crane trucks. Then, what are you waiting for? Hire a crane truck or hiab truck in Brisbane and Gold Coast according to what suits your specific needs and don’t forget to connect with On The Move Transport.