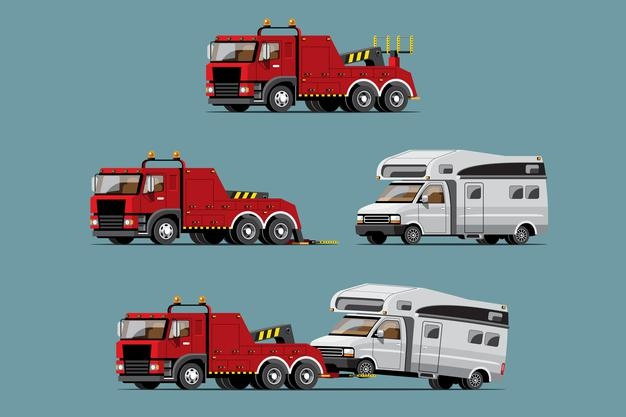 Cranes are mostly big vehicles used to shift, move or transport heavy materials from one place to another. These big machines can lift thousands of tonnes of material depending upon their capability. Though cranes are very useful, they carry a major disadvantage with them. The greatest disadvantage that a crane has is that the crane cannot transport materials over long distances, and hence to complete this task of transportation, other means have to be used. Means like trucks, trains, aircraft, and ships are then used to transfer this heavy material. There is no such issue with this arrangement, but when you have to hire the same system to transport a medium-scaled material to some small distance, then the cost of hiring a crane and transportation slightly tips over the top. To overcome this challenge through a Crane truck is used. A crane truck is a combination of a crane and a truck which can transport the material. This becomes very cost-effective. Though being smaller than the crane system, there are a few things that one should always consider while selecting a crane truck; else, the overall work can be hindered. So, what are the things to consider when selecting a crane truck service? Here are 5 things you must consider.

The most important part of deciding or selecting some crane truck is that one must know the overall weight of the cargo that has to be lifted, loaded, and transported. This is because the crane and the truck will be designed to meet certain weight criteria only, and if the weight of the cargo reaches beyond the allowable limits, the system will fail.

The second most important thing to consider is the size of the cargo. The overall size is very important as the cargo will have to be loaded on the truck, and if there is not enough space on the truck, then the whole setup will be a waste.

Cranes big or small need some free space to work. If the crane is not allowed to have adequate space for movement, then the cargo and the crane can face serious damage if things go out of hand. Also, the space should be sufficient enough that the crane can open its jib to the maximum if required. Therefore, select a crane that can fit in your space.

The crane truck is a system that carries the crane along with the cargo. When deciding upon the route from which you will take the crane to reach the destination, check for the road condition and the overhead space. These cranes can be tall, and there are bleak chances that they might get stuck.

The most important part of the crane system is safety. In case there is some very expensive cargo you want to transport and while the crane lifts it loses power. In this case, there should be some backup in the crane to avoid the cargo from falling.

The crane trucks are a cost-effective and time-saving system to load, transport, and unload materials and cargo. This system comes very handy when the cargo is not very heavy, and it also doesn’t have to go a large distance.